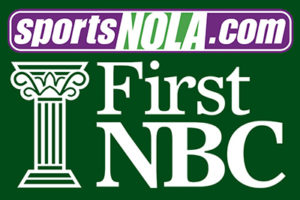 Sports NOLA – Two of the top boys basketball teams in the New Orleans area, De La Salle and Country Day, face off Friday night in a matchup to be streamed live on SportsNOLA.com.

SportsNOLA Prep Basketball presented by First NBC Bank matches the Cavaliers (16-4) and Cajuns (12-6) in a non-district matchup from Metairie. The live stream will begin just prior to the 7:30 p.m. tipoff.

Both teams come into the game on modest winning streaks. De La Salle has bounced back from a one-point loss in the final of the Sunkist Shootout in Lafayette with a pair of wins, while Country Day has won three straight since a last-second loss to Karr in the opening round of the Allstate Sugar Bowl National Prep Classic last week.

The teams are meeting for the first time this season. A year ago Uptown, in a game also seen on SportsNOLA, the visiting Cajuns prevailed, 66-58.

Vashon Jones and Dashone Denomes will describe the action on Friday.

To watch events on SportsNOLA.com, either click the “Live” tab at the top of the page on gameday or open the “Live Games” page in the video section of the website.

Again this season, SportsNOLA.com is complementing its First NBC Bank Prep Showcase schedule with additional events that will air exclusively on Louisiana’s leading independent sports website. Additional webcasts will be announced as the season progresses. The schedule of web-exclusive events will include a variety of different sports.

New Orleans-based First NBC Bank, in an effort to enhance the visibility of high school sports in the region, is the presenting sponsor of the web coverage in addition to its title sponsorship of the First NBC Bank Prep Showcase.