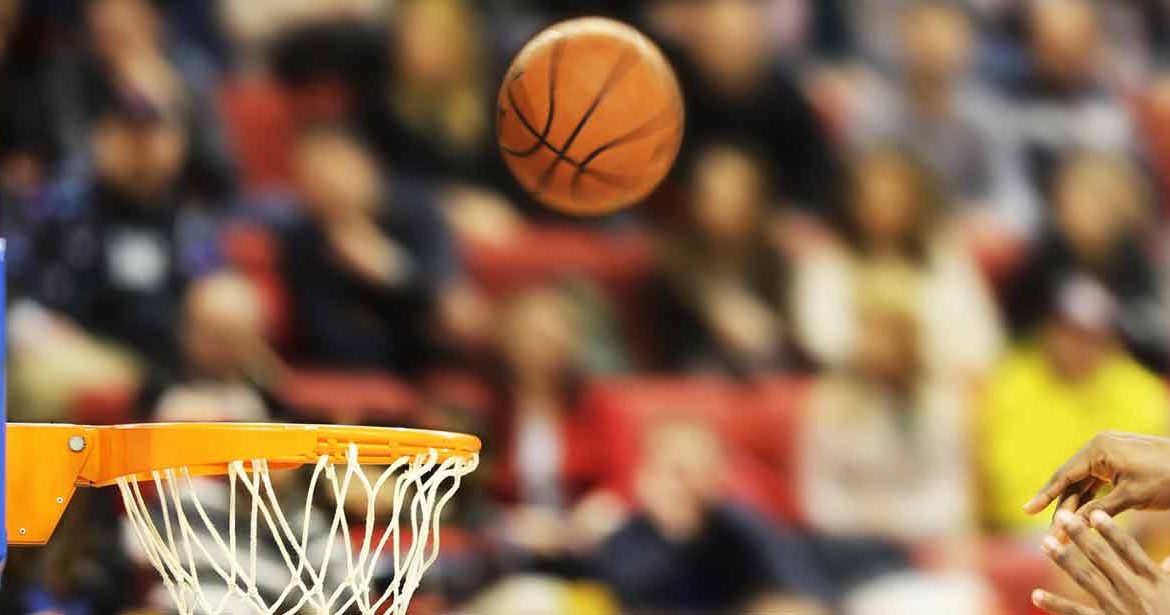 At a Glance:
Trailing by four at halftime the Lincoln Railsplitters rallied for a four point victory in a hard fought contest over the Sophie B. Wright Warriors. Upping the pressure on defense the New York squad forced seven Warrior turnovers in the third quarter to take a 48-40 lead into the final frame. Sophie B Wright would rally to tie the game at 50 early in the fourth, but Lincoln was able to regain and keep the lead the rest of the way led by Kenechuckwu Ndefo who finished with a double-double (17 points, 11 rebounds) and four blocks on the afternoon.

“I thought we played with a little more intensity and detail in the second half, we made free throws down the stretch but we can shoot them better. Turnovers were a big issue for us which we have to clean up.” – ” Lincoln Head Coach Dwayne Morton.

“We played hard but we didn’t play well enough at the right times. I liked our effort but we had too many turnovers in the second half. We can play better.” – Sophie B. Wright Head Coach Jason Bertrand.

At a Glance:
In the game of the tournament so far Landry Walker raced out to a 34-23 lead midway through the third quarter before a technical on their bench gave Osceola a spark – a free throw, possession and a layup by Josh Marte sparked a quick 8-3 run to end the quarter and put the Florida school in striking distance.  A quick three by Josh Marte, before and-one layup by Jaduhkiss Soto tied the game at 37 less than 90 seconds into the fourth quarter. Marte had another crucial drive and layup to tie the game at 42 with 4:30 to play and on the next possession Armani Thomas would drain a right wing three to give the Cowboys their first lead since the first quarter. Charging Buc guard Dywan Griffin would answer with a floater of his own to tie the game at 47 with just over a minute and a half to play.  The last play proved to big the biggest as a long rebound would find its way into the hands of Isaiah Palmero for a game winning fast break dunk as time expired..

At a Glance:
Trailing 41-34 in the third Riverside went on and 11-0 run in the last two minutes of the third to take a four point lead into the final quarter. A quick six points by University High’s Eric Reed would extend the Cubs lead back to two. Following a back and forth final quarter a pair of free throws by Reed would draw the Cubs within two points at 61-59. Reed was cool as ice – scoring 24 consecutive Cub points at point – in the quarter knocking down a clutch three to take the lead 62-61 with just over two minutes to play. Tied at 63, Jared Butler scored the basket and drew a foul to give Riverside a 66-63 lead with 2:04 to play. Eric Reed responded with a layup of own before Jeremiah Bigham scored back-to-back layups to extend the Riverside lead to 70-66 with one minute to play in the game. The Cubs wouldn’t go away as senior guard Michael Douglas hit a deep three with 7.6 seconds remaining to bring University High within two points at 72-70. The Rebels would sink their free throws down the stretch and hold on for the 74-70 victory.

“In the second half, we came out with a little more energy, we came out with enough energy to win. Did we play well? No, but you’ve got to give University a lot of credit. Joe (Spencer) does a great job and they’ve got a great player. When you have a great player that can put 30 on you, they’ll beat anybody.” – Riverside Head Coach Timmy Byrd

At a Glance:
Slow start to the game with just eight points combined scored in the first quarter. Both teams battled hard in the second quarter each finding a bit more rhythm on offense leaving the score tied 21-21 at the break. Karr would come out of the half on fire scoring the first ten points of the half on their way to an eventual 40-28 lead at the end of the third quarter and the eventual 10-point victory. Marc Bowie led the Cougars with 16 points on the night.

“At halftime, we talked about picking our energy up. We turned the ball over a little bit in the first half and we missed some easy shots so we talked about that at halftime, about taking care of the ball and getting the ball to the right spots. They pretty much did that. They did a good job of executing doing the 13-0 run. We really challenged the kids to get out to their shooters and they did a good job.” – Edna Karr Head Coach Taurus Howard.

RESULTS FROM OTHER COURTS: